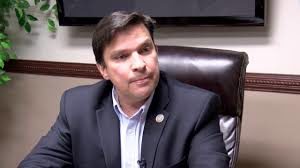 He says he wants to educate fellow lawmakers about issues related to the oil and gas industry. Rep. Gonzalez wants to focus on the production and distribution of and gas and other petroleum hydrocarbons.

Gonzalez is a former lawyer who arrived on Capitol Hill saying he intended to advocate for the economic benefits of harnessing the nation’s natural resources.

González said he will serve as chairman of the caucus and hopes its membership grows.