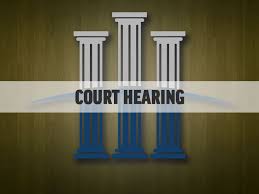 The date of Aug. 31 is when a Montana federal judge will hear arguments whether legal challenges should move ahead to the Keystone XL pipeline. The challenges are being fought by the government.

It concerns two lawsuits filed against the Trump administration in March by the Natural Resources Defense Council, the Sierra Club, the Centr for Biological Diversity and other groups. The suits were filed after the administration approved the cross-border permit for the pipeline to move tar sands oil from Canada across Montana, South Dakota and Nebraska.

The second lawsuit was filed last week by the Indigenous Environmental Network and the North Coast Rivers Alliance.

The suits led to requests from the administration and TransCanda Corp. to dismiss the two lawsuits. The government contends the suits are outside the jurisdiction of the Montana court because such cross-border permits are considered presidential actions and are not subject to judicial review.