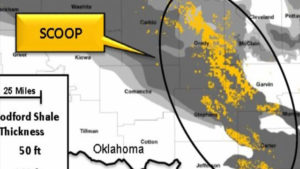 The Romanoff well is the latest in a series of major wells reported by Harold Hamm’s Continental Resources.