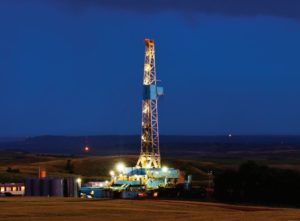 Oklahoma City-based Continental Resources Inc. has brought in another 1,000-plus barrel a day well in Oklahoma’s STACK. This time, the well was in Blaine County as indicated in the completion reports published by OK Energy Today.

The Mowery, located at 36 15N 11W which is northeast of the community of greenfield, produced 1,071 barrels a day along with 6,198 Mcf of gas. Spud date was last October and drilling finished in February 2017 with completion listed at April 7, 2017.

It was one of two Blaine County wells reported this week for Continental Resources. The other was northwest of Greenfield and produced 570 Boed.