Hot Summer’s Here and It’s Not Even Summer 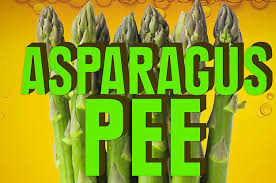 It’s our money and Oklahoma U.S. Rep. Steve Russell doesn’t like how our government is spending it as he detailed in his Waste Watch No. 7 released this week.

It is a report filled with what he calls “wasted $74 billion in taxpayer dollars”, most of it on education programs that he contends are not working.

But one glaring program cited by the Republican Congressman is the $3 million grant made by the National Science Foundation to Harvard University to study the small of human urine after eating asparagus. That’s right—-$3 million to see how consumption of asparagus changes the smell of your pee!

“In reality, this study needs to be flushed,” said Rep. Russell in his Waste Watch Report.

He was more blunt about it in the report writing, “Funding a study that doesn’t even explore the possible health benefits of eating asparagus but only if there is an odor in one’s urine after eating it, does not fit the National Institute of Health’s mission and is akin to pissing the taxpayer’s money away, and that does stink.”

Then there is the $853,290 from the National Science Foundation to three community colleges in Washington State to fund a program to train technicians for the winemaking industry. This, after an agribusiness study found that 98% of the jobs in vineyards will not need an associate degree or higher.

Russell also found out that three years after former U.S. Sen. Tom Coburn highlighted in his yearly Wastebook a $5 million University of Tennessee program to have students dress up as fruit and vegetables is still being funded. The purpose of the dressup program, called Get Fruved” is to promote healthy eating choices. The congressman says it’s time to shelve the program.

“It is my hope that the items in Waste Watch No. 7 can create the motivation to protect taxpayers and assist in educating America’s children with the resources available,” said Congressman Russell. “For my part, I have already introduced, or will be introducing, multiple bills to address many of the items listed in this edition. It is not enough to point out the problems. We must work together to fix them so that we can make our nation stronger. Education is vital to our children and our future.”

Congressman Russell has introduced nine cost cutting bills this Congress, which if enacted would save the taxpayer $17.5 billion. His legislation has saved $4 billion thus far, and all seven editions of Waste Watch highlight a total of more than $300 billion in wasteful government spending.