Apex Energy “Folds” in Wind Energy Fight But Not in Oklahoma 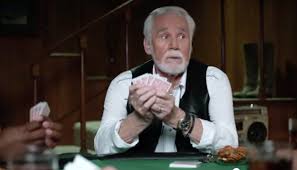 Maybe it’s a matter of knowing when to hold ’em and when to fold ’em in one wind energy battle.

With at least 9 projects in operation or still under construction in Oklahoma, Apex Clean Energy Inc. based in Charlottesville, Virginia has suspended construction of a $100 million wind farm in east-central Tennessee.

The company cited economic and market conditions and followed a move a month ago by the Tennessee legislature to adopt a 14-month moratorium on permitting wind farms in counties that don’t have local ordinances focused on the wind operations.

Apex announced this week it had not received state permits for its proposed Crab Orchard Wind Farm to be built on land leased in Cumberland County. That’s about 60 miles west of Knoxville. But Apex made no mention of the state law in its announcement.

Signed into law May 11 by Gov. Bill Haslam, the measure freezes all new wind farm permitting in unregulated areas until the middle of next year.

“Based on current market conditions and the project’s fundamental qualities, we have decided not to make this significant investment at this time,” the statement continued. “Our work on the Crab Orchard Wind project will be therefore suspended until market conditions change to make the project more competitive.”

The target site for the wind farm would have been on what is known as the Cumberland Plateau, making it visible from Interstate 40. It would have involved 20 to 23 wind turbines but Sen. Lamar Alexander and Rep. Diane Black publicly opposed the project.

In April, Kay Wind, owned by Southern Power but operated by Apex, was recognized at a national conference in Dallas, Texas. Its team won the “Wind Farm Team or Technician of the Year” award for 2017.