Pruitt Corrects Himself on Coal Claims 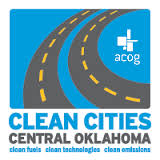 Energy awards have gone to the Oklahoma Department of Wildlife Conservation and Heartland Energy Options for their work in encouraging alternative fuels and advanced technology vehicles in Central Oklahoma.

The Wildlife Conservation Department converted 33 of its light-duty trucks to compressed natural gas. A year earlier, the ODWC converted 44 trucks to CNG.

“ODWC employees are stewards of our state’s natural resources through the mission of their agency and now the cleaner burning fuel that powers their fleet,” said John G. Johnson, Executive Director of ACOG. “Many people don’t know but ODWC is funded in large part through sales of fishing and hunting licenses; CNG is a way for the agency to spend less on fuel and more on their core services.”