Erin Brochovich Returning to Oklahoma for Earthquake Forums in June 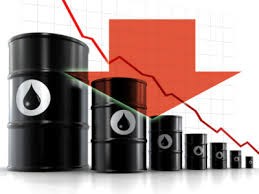 Prior to Thursday’s highly anticipated OPEC meeting in Vienna, crude oil prices dropped on Wednesday as traders anxiously awaited the announcement on an end or continuation of the production agreement, according to Bloomberg MarketWatch.

July West Texas Intermediate crude shed 11 cents, or 0.2%, to settle at $51.36 a barrel on the New York Mercantile Exchange.

On Wednesday, data from the U.S. Energy Information Administration revealed that domestic crude supplies fell by 4.4 million barrels for the week ending May 19, marking the seventh weekly drop in a row.

Late Tuesday, the American Petroleum Institute reported a fall of 1.5 million-barrels, according to sources. Analysts polled by S&P Global Platts forecast a fall of 2.8 million barrels.

Meanwhile, June natural gas fell a penny, or 0.3%, to settle at $3.209 per million British thermal units on the New York Mercantile Exchange.

Vienna is the site for Thursday’s OPEC meeting. The cartel is widely expected to continue with the production curb agreement presently in place.