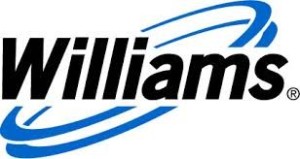 Tulsa-based Williams is reporting net income of $373 million in the first quarter of 2017, which is sharply contrasted to last year’s net loss of $65 million reported just one year ago. The company said that’s an increase of $438 million.

“Our consolidation of operating areas from five to three became effective in first-quarter 2017 – not only streamlining our organization, but helping us continue the cost-savings momentum we began in the second quarter of last year,” said Alan Armstrong, Williams’ President and CEO. “We expect to realize further cost savings through the consolidation of offices and systems.”

Last month, OK Energy Today reported the sale of the company’s ownership interest in its Geismar, Louisiana olefins chemical manufacturing plant for $2.1 billion to NOVA Chemicals. The transaction is expected to close in summer 2017. The Geismar plant is the site of a deadly explosion nearly four years ago.

“We continue to strengthen our foundation for long-term, sustainable growth in our core business, as highlighted by the recently announced agreement to sell our interests in the Geismar olefins facility while gaining a new third party fee-based revenue stream for our Bayou Ethane system,” said Armstrong. “With the expected sale of Geismar, and the sale of our Canadian business in late 2016, we’ll realize around 97 percent of our gross margins coming from predictable, fee-based sources.””

The company also reported that it has reduced debt by $1.623 billion through the first quarter of 2017. Williams expects to have excess cash available to reduce debt throughout the year.