Storms Leave Thousands Without Electricity from Panhandle to Eastern Oklahoma 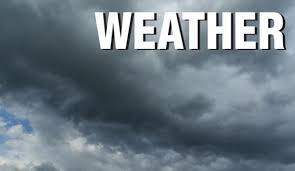 All that severe weather over the weekend certainly affected “energy” in the state. It also affected the drought, not to mention weather records. Pity the oil and gas crews working in the Panhandle.

Gary McManus, the state Climatologist with the Oklahoma Mesonet writes that official numbers for snow in the Panhandle are still being checked.

The record for Boise City was a 12-inch snowfall on May 3, 1978 but sheriff’s officers in Cimarron County indicated snowfall totaled 15 inches over the weekend.

McManus reports the statewide average precipitation total was 6.82 inches, or 3.56 inches more than normal. It also made April the third wettest since records began in 1895. Heaviest rainfall was the nearly 15 and one-half inches at Tahlequah.

Northeast Oklahoma saw its wettest April on record with an average of 11.3 inches “shattering the previous record of 9.27 inches set back in 1942,” wrote McManus.

As for warm weather, the statewide average temperature for April finished 1.1 degree above normal at 60.4 degrees, resulting in the 44th warmest April on record.

All of the moisture resulted in a major impact on the drought. McManus indicated the final U.S. Drought Monitor map of the month showed 17% of Oklahoma experienced a drought, a drop from 78% as shown on the March final map.