Pruitt—-Administration is Not Turning Its Back on Clean Environment 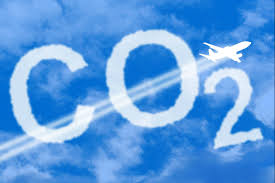 A petition has been filed with the EPA by the Texas Public Policy Foundation challenging the agency’s 2009 endangerment finding that designated man-made greenhouse gas emissions as a danger to human health and welfare.

“The EPA endangerment finding represents abuse of the EPA regulatory process under the Obama Administration, rather than objective, science-based action,” said Robert Henneke, director of the Foundation’s Center for the American Future. “Federal law requires this type of EPA regulation be reviewed by the Science Advisory Board to ensure validity of the underlying research and data.”

In a petition to the EPA, Henneke referred to the greenhouse gas emissions declaration as “this past unlawful act by the EPA.” The petition asks the EPA to reconsider its endangerment finding but this time “in compliance with the federal statutory mandate that the regulation be reviewed by the Science Advisory Board.

The Foundation also said that in making the greenhouse gas endangerment finding in 2009, the Obama administration missed a step. It failed to submit the finding to the Science Advisory Board as required by law.