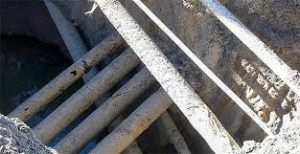 An analysis of state agencies’ records shows flow lines have been problems in more than 7,000 spills and leaks since 2009 in the U.S. including the deadly home explosion in Colorado last month, according to E and E News.

The energy news group cites cases in Oklahoma involving such lines including a 2011 incident near Kingfisher where a landowner reported smelling gas at a well on his property. The culprit was not just the wellhead but a flow line. It took two months to resolve the case.

Another case involved oil puddles discovered at a well site northwest of Oklahoma City in 2010.  A worker for Chesapeake Energy reported someone had opened a valve that went into an old flow line after working on the well.

E and E reports that in the three states that track the source of spills, Colorado, New Mexico and Texas, flow lines were cited more than any other source except tank batteries.

University of Tulsa engineer professor Kerry Sublette was quoted in the article.
“In a lot of these mature fields, they haven’t been replaced in a long time. If nobody’s looking over your shoulder, you’re not as likely to replace it,” he said.

And most states do not require operators dig up and remove the lines when they’re finished with them.

“They’ve got lines that they’ve got no idea where they go,” commented Sublette.