Economies in Oklahoma and other Mid-Western States Are Growing

Storms Leave Thousands Without Electricity from Panhandle to Eastern Oklahoma 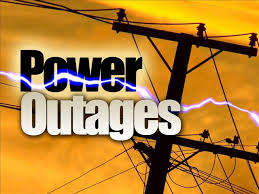 Oklahoma had severe flooding in the east, strong damaging winds in the central part of the state while the Panhandle was under 15 inches of snow.

The severe weather, as of Monday morning, left nearly 20,000 still without electricity. Hardest hit in terms of those without power were customers of Tri-County Electric Cooperative in Hooker where 12,000 of the utility’s estimated 23,000 customers did not have power.

The cooperative provides electricity for residents of Cimarron, Texas and Beaver counties in Oklahoma and some customers in Texas, southern Kansas and into parts of Colorado and New Mexico.

“Currently at this time, we have no estimated time if restoring in the area,” stated a recording that greeted those who phoned the utility.

It’s not just the snow that caused problems but the wind and undoubtedly, that must have led to the loss of power poles.

“Very strong winds gusting to 70 mph” were reported in a late Sunday night updated report from the Oklahoma Department of Emergency Management.

Most of the larger amounts of snowfall were reported in Cimarron and Texas Counties while up to 5 inches fell in Beaver County.