Brent Crude Settles Above $50 as Oil Futures Rally on Wednesday 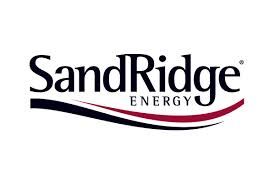 Oklahoma City-based SandRidge Energy Inc. reported a first quarter net income of $51 million, or $1.90 a share, according to a report by The Oklahoman. This compares with a reported loss of $313 million, or 47 cents a share, during the first quarter of 2016.

James Bennett, SandRidge President and CEO reported the company had one active drilling rig in the northwest STACK play during most of the quarter and added a second rig in mid-March.

“Low-cost drilling, operational efficiencies and innovations established in our Mississippian program will benefit us as they are applied across our portfolio,” said Bennett. “The development of our oil-weighted NW STACK and North Park Basin Niobrara projects is creating material resource value and will drive oil production growth later in 2017.”

SandRidge plans to drill 22 gross lateral wells in the Oklahoma Meramec and six laterals in the North Park Niobrara play of Colorado during 2017. The company added more than 13,000 net acres in the NW STACK during the first quarter. Drilling is concentrated in Major, Woodward and Garfield counties.

The company plans to invest between $210 million and $220 million on capital expenses in 2017 to support projected oil production growth.

SandRidge updated the company’s guidance, saying they expect to produce between 4 million and 4.2 million barrels of oil and between 42 billion and 43.5 billion cubic feet of natural gas during 2017.