Cyberthreats to be Studied by U.S. Senate Committee 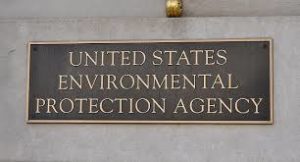 The EPA’s defending its move to dismiss a dozen members of the agency’s advisory board of scientists, saying Administrator Scott Pruitt wants more diversity on the board.

That “diversity” includes the possibility of naming researchers from the industry the agency oversees. Members removed from the Board of Scientific Counselors had three-year terms that expired late last month. But their dismissal has become political fuel for Democrats.

“All Trump cares about is giving corporations free reign to pump up their bottom line, even if they’re pumping hazardous waste into the environment to do it,” said Perez.

EPA spokesman J.P. Freire said Pruitt believes new faces will increase diversity. He also explained it has been the normal prerogative for an incoming administration to shape its own board.

Rep. Don Beyer (D-Va.), a member of the House Science, Space and Technology Committee, said it’s no accident that Pruitt, who has been criticized by Democrats for his cozy relationship with industry, would cut the voice of independent scientists in favor of those the agency is regulating.

“It looks like Scott Pruitt wants to turn the EPA’s Board of Scientific Counselors into a Pollution Permission Board,” he said in a statement. “While I believe that entities which are affected by EPA decisions deserve to have their viewpoints heard, increasing the influence of industry at the EPA at the expense of science diverts the Board from its mission to provide advice and recommendations to the EPA based on sound science.”