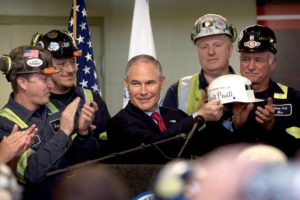 As EPA Administrator Scott Pruitt observes 100 days in office, the national press has been exploring what he’s done to the giant agency.

Those who believe deeply in climate change think he’s been a disaster. Others, such as Business Insider compared Pruitt’s first 100 days to those of other administrators of the Environmental Protection Agency.

Business Insider described Pruitt as a leader who has “taken an unusually public role for an EPA Chief.”

It said Pruitt, the former Oklahoma Attorney General makes news on a regular basis, holds press appearances and announces “regulatory decisions that sometime seem bizarre for a regulator charged with the safety of America’s environment.”