Paris Pullout is What Pruitt Wanted 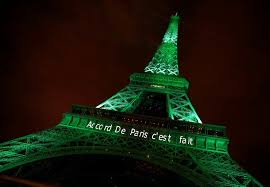 A day after EPA chief Scott Pruitt met with President Trump at the White House, reports indicated the administration had pulled the trigger and decided to withdraw from the Paris Climate Agreement.

“Ultimately he wants a fair deal for the American people and he will have an announcement on that shortly,” said Spicer.

No formal announcement has been made but numerous news outlets cited sources as stating the withdrawal decision had been made.

Putting his busy tweeter account to work on Wednesday, the President tweeted, “I will be announcing my decision on the Paris Accord over the next few days. MAKE AMERICA GREAT AGAIN.”

If indeed the U.S. pulls out of the accord, it is what Pruitt has wanted ever since resigning as Oklahoma Attorney General and being sworn in as the U.S. Environmental Protection Agency Administrator.

In an interview last month on “Fox and Friends,” Pruitt called it a “bad deal for America” and added that the Trump administration need to look at closely.

“It’s something we need to exit in my opinion,” said Pruitt. “It was an America second, third or fourth kind of approach. China and India had no obligations under the agreement until 2030. We front-loaded all of our costs.”