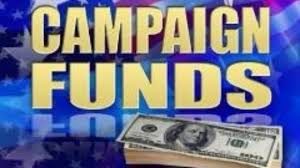 Those Democrats in the Oklahoma House and Senate who fought tooth and nail against changes in the gross production tax on oil and gas weren’t ashamed to take money at the same time from the oil and gas industry.

The list includes House Minority leader Rep. Scott Inman who has blasted the industry and accused it of buying votes in the legislature. More than once, he used Continental Resources chairman Harold Hamm as a target of criticism. Yet Rep. Inman, according to an Oklahoma Watch study of campaign contributions from the industry to legislators wasn’t ashamed to take $11,500 from oil and gas companies.

Tulsa Rep. Weldon Watson, who carried the lateral drilling bill passed on Wednesday in the House received $17,001 in donations. But just because a legislator received money from oil and gas firms doesn’t mean he or she voted the way the industry preferred.

Rep. Zack Taylor, a Republican from Seminole received $15,575 in donations yet voted Wednesday against the extended lateral bill. He admitted during debate against Senate bill 867 that he had been in the oil and gas business yet felt the measure would cause more harm to vertical well operators.