Inhofe Warns Highway FAST Act Might Not be Enough 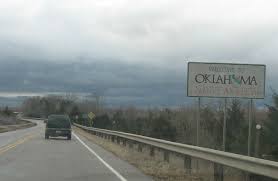 Oklahoma U.S. Sen. Jim Inhofe used a Senate subcommittee hearing this week to warn a highway improvement plan called the FAST Act is likely not enough to meet the nation’s highway needs, including those in Oklahoma.

“The current investment is not enough to fully address our maintenance and new capacity needs,” said the Senator as he chaired a subcommittee of the Senate Environment and Public Works Committee. He is chairman of the subcommittee on Transportation and Infrastructure.

In opening statements of the hearing on Tuesday, the Senator said the FAST Act authorization is about $305 billion over 5 years, yet according to a U.S. DOT report from this year, the backlog of highway and bridge work in the U.S. stands close to $836 billion.

Inhofe said whatever action is taken, states must be involved as partners in finding a solution.

“Some states and locals are doing this, but unfortunately, this weekend in Oklahoma I learned about the effect proposed budget cuts to the Oklahoma Department of Transportation could have on projects around the state,” added Inhofe. “Because of this, some 80 projects are candidates for suspension, including the largest contract Oklahoma has ever let at I-235 on the north side of Oklahoma City.”

Inhofe said as congress considers a potential trillion dollar infrastructure package, it “must keep in mind that package will include more than just roads and bridges—it will also address our ports, waterways, airports and energy needs as well.”

Los Angeles mayor Eric Garcetti was one of those who testified. Tim Gatz, executive director of the Oklahoma Turnpike Authority was another.

“The resolution of our on-going national transportation funding crisis and the crafting of new, more effective project and program delivery protocols must be jointly developed in a renewed State and Federal partnership,” said Gatz. ” Such a partnership must be based on the trust and alliance between state and local leaders and their congressional members along with the clear, mutual understanding of the critical and growing needs of infrastructure.”