Despite Oil and Gas Resurgence in North Dakota, Homeless Numbers are Up 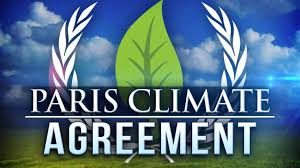 Oklahoma U.S. Sen. Jim Inhofe joined with 20 other Senators in urging President Trump to withdraw from the Paris Climate Agreement.

They signed a letter sent to the President and applauded his executive actions undoing what they called “overreaching” environmental regulations from the Obama administration, specifically the Clean Power Plan regulations.

The Senators told the President that remaining in the Agreement will be a serious hindrance to removing what they called burdensome regulations.

“A key risk to fulfilling this objective is remaining in the Paris Agreement,” continued the Senators who said remaining in the agreement would subject the U.S. to significant litigation risk.

“It is clear that those advocating for greenhouse gas regulations will use the Paris Agreement as a legal defense against your actions to rescind the Clean Power Plan if you decide to remain in the Paris Agreement,” wrote the senators. “This is why it is so important for you to make a clean exist from the Agreement.”