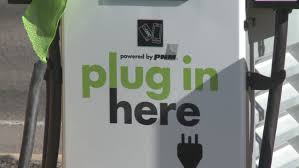 If your electric car needs a recharge and you happen to be driving in New Mexico, now there’s a new charging station at an American Indian pueblo.

The Public Service Company of New Mexico announced the charging station will be placed at Santo Domingo Pueblo located between Albuquerque and Santa Fe. The station is being built in partnership with PNM, Ugo and Nissan.

Robert Coriz, governor of Santo Domingo Pueblo calls it part of the tribe’s commitment to meet the growing needs of its traveling public. The electric charging station is the latest in New Mexico.