Chaparral Energy to Focus on STACK Assets in 2017 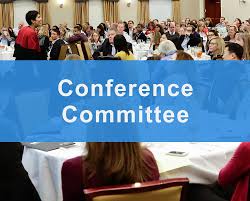 One after another, numerous bills in the State House this week were sent to conference committees because sponsors didn’t like the way they had been handled or amended in the Senate.

Some pertained to the energy industry in the state while others focused on 4-day class weeks in schools or the death penalty.

‘I feel they were infringing on personal property rights,” explained Rep. Casey Murdock of Felt, sponsor of HB 1326, a bill to ban unmanned aircraft or drones from being flown over privately-owned farmland.

“They gave oil companies, gas companies, electric companies a lot of latitude in flying their UAVs over personal property,” he added when pressed about the changes he didn’t like that were made in the Senate. With no debate, the measure was quickly sent to a conference committee.

So was HB2151, a bill creating the Oil and Gas Regulation Modernization Task Force and exempting it from the Open Meetings Act.

“I would like to move to reject the Senate amendments on House Bill 2151. The Senate struck the enacting clause,” said Rep. Weldon Watson of Tulsa.

Listen to how the House handled some of the measures rejected by House sponsors.