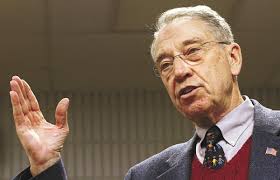 With his state generating the second-most wind power of any state in country, Iowa U.S. Senator Chuck Grassley sent a letter this week to Energy Secretary Rick Perry expressing concern over an upcoming analysis of grid reliability.

In his letter, the Republican Senator called it “a hastily developed study” that “appears geared to undermine the wind energy industry.”

“I’m concerned that a hastily developed study, which appears to pre-determine that variable, renewable sources such as wind have undermine grid reliability, will not be reviewed as credible, relevant or worthy of valuable taxpayer resources,” wrote the Senator.

His letter noted 36 percent of the electricity in Iowa comes from wind.

“Any study reviewing the impacts of wind energy on grid reliability and security should look closely at Iowa’s utility operations as evidence of its success,” he added.