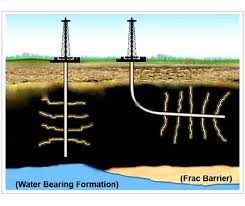 Governor Mary Fallin will have the final say on a controversial bill to allow for extended lateral drill in the state of Oklahoma. The State house, in debate on Wednesday voted 51-46 to pass Senate Bill 867 which allows energy companies to drill horizontal wells longer than one mile in nonshale formations.

Representative Weldon Watson withstood two hours of questions on the issue before debate was opened.

During debate, opponents argued the measure would not create more jobs as Watson said it would and would harm local towns and school districts.

Rep. Tommy Hardin, R-Ardmore was upset the bill went through an Appropriations and Budget committee rather than a House Energy Committee on which he serves, suggesting leadership planned it that way so the bill could not be amended.

“We’re bringing a Wal-Mart mentality to the oil and gas industry. Mineral owners are going to settle for pennies on the dollar when they could get more,” he charged.

But Broken Arrow Republican Kevin McDugle said it’s time for legislators to get out of the way of the oil and gas industry.

“If we want more tax revenues, allow them to produce more. Why are we even debating this? It should be common sense.”

Listen to some of the debate.