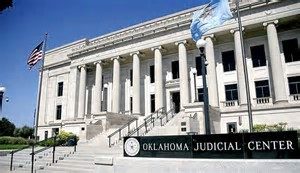 While the State Supreme Court is reviewing a challenge of a bribed Corporation Commission vote from 1989, the former Nichols Hills Mayor leading the challenge defends the lawsuit.

In a letter to the editor in the recent Friday edition of the Oklahoman, Sody McCampbell Clements said the lawsuit was not a waste of time as a newspaper editorial had claimed.

She pointed to “New evidence indicating fraud on the Oklahoma Supreme Court itself.”

Clements wrote that the paper’s editorial months ago complained of the silence and apathy from lawmakers and politicians when major officials were charged with corruption.

“Yet when legislators do investigate righting an injustice worth billions to Oklahoma ratepayers, you say their time was “misspent”,” added Clements.

It was in January when Clements and a handful of others filed suit challenging the Corporation Commission’s decision not to reconsider the rate case handled back in 1989. As OK Energy Today reported, the suit seeks a refund of $16 billion.