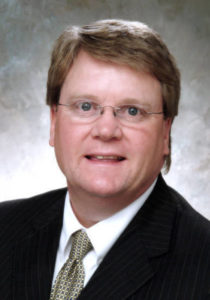 Ten months after he was indicted by a multicounty grand jury on charges of embezzling thousands from the Choctaw Electric Cooperative based in Hugo, former CEO and General Manager Terry Matlock has drawn a 10-year suspended prison sentence.

Now 54, Matlock, a former state legislator reached the deal last month after pleading Nolo Contendre and agreeing to repay $54,000 to the cooperative. Records from Choctaw County District Court show Matlock, a former regent who later resigned from the Regional University System of Oklahoma made his plea on April 20. He agreed to make $450 monthly payments beginning May 1, 2017.

District Judge D. Clay Mowdy suspended all but 30 days of the 10-year sentence and ordered Matlock to serve the 30 days in the Choctaw County Jail. But records indicated he would be allowed to do the month-long stay in the Bryan County jail with permission from both sheriff’s offices. As of May 15, Matlock was not a record in either county jail.

The rules and conditions of supervised probation signed by Matlock indicated he will not be able to carry a concealed weapon, nor have in his possession any firearm. He also won’t be allowed to ride in any vehicle that has a firearm in it. And he will not be able to go into bars, liquor stores, taverns, clubs, parties or places where alcohol is the main item for sale or consumption.

Matlock was fired in Oct. 2014 by the Cooperative board after he had taken out a $1.4 million annuity. The board took the action after an investigation revealed inconsistencies in administering policies and mismanagement.

He had been a Democrat in the State House of Representatives from 1990 to 2002 when he went to work for the co-op.