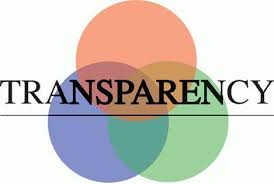 The call by Democrats in the Oklahoma House to raise the gross production tax on oil and gas is affecting nearly every revenue bill being voted on this week.  While they helped kill the governor’s bill creating a $1.50-a-pack cigarette tax, they also nearly killed a bill remove the sales tax exemption on wind farms in Oklahoma.

“The investment’s already been made and we’re changing the rules on them. Why’s it okay to do it to them and not oil and gas?” questioned Rep. Scott Inman, a Del City Democrat who is also a candidate for Governor.

Senate Bill 872 was passed on a 15-13 vote in the Joint House Committee on Appropriations and Budget.

But Inman and other Democrats were critical of the timing. They had just 41 minutes to review the measure after they were notified by email of the bill from the State Senate.

“It seems in the interest of open and good government, we would give at least the people of Oklahoma the same 41 minutes we’ve had to contact their elected state officials,” said Rep. Eric Proctor, a Democrat from Tulsa. “For this committee to vote on a bill that the people have not heard, have not had an opportunity to see, not placed on line, and the members of this committee have had only 41 minutes to see, is not a good way to run government and definitely not transparent.”

But Committee chairwoman, Rep. Leslie Osborn said it was the way the Senate ran things.

Bartlesville Rep.Earl Sears, the Republican presenting the bill initially explained it would only apply to new wind farms and could create another $16 million in state revenue. Under questioning by Rep. Inman, Sears admitted the removal of the sales tax exemption would also apply to maintenance of any existing wind farm.

Listen to how the bill was presented and the questioning happened.