Brent Crude Falls, WTI Settles Below $50 a Barrel on Tuesday 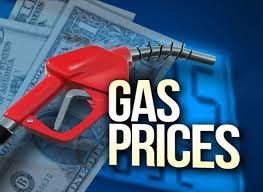 Oklahoma continues to have some of the cheapest gasoline in the U.S., up a penny since May 30, 2016, as the statewide average stands at $2.12 per gallon, according to the latest report from AAA Oklahoma.

“Oil markets remain lukewarm after last Thursday’s meeting with OPEC and non-OPEC producers regarding an extension of production cuts failed to generate more pronounced actions from the cartel,” said Chuck Mai, spokesman for AAA Oklahoma. “Although the group agreed to extend the cuts through March 2018, market watchers were not surprised by the move and hoped that OPEC would take more drastic measures, like deepening the cuts beyond 1.8 million barrels per day.”

The highest average belongs to Purcell where gasoline is pumped at $2.29 a gallon. Mustang and Ada are averaging the second highest at $2.24 a gallon followed by Woodward at $2.21 a gallon.