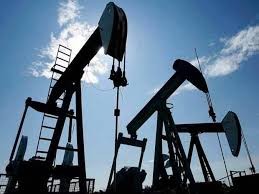 Crude oil future settlements remained above $50 a barrel on Friday as domestic prices held their ground for the past three weeks despite a quarterly loss of nearly 6%, according to Bloomberg MarketWatch.

May WTI crude rose 25 cents, or 0.5%, to settle at $50.60 a barrel on the New York Mercantile Exchange. Prices finished about 5.8% lower for the first quarter and year to date. While the WTI futures are down more than 6% for the month, they registered an uptick of nearly 5.5% for the week.

On the London ICE Futures Exchange, May Brent crude, the global benchmark, fell by 13 cents, or 0.3%, to end trading at $52.83 a barrel, after a volatile trading session that ended with the contract’s expiration. Compared with the settlement of $56.63 a barrel for the front-month contract at the end of last year, prices have lost about 6.7% for the quarter. The June contract ended at $53.53 a barrel, up 40 cents, or 0.8%.

“The largest bearish factor over the first quarter has been noncompliance from producers subject to the OPEC agreement,” said Troy Vincent, an oil analyst at ClipperData.

There has been a 94% compliance rate from OPEC members, but doubts on the effectiveness and sustainability of the deal kept prices in a narrow range for much of the year before the breakdown earlier in March.

Back on the New York Mercantile Exchange, May natural gas ended nearly flat at $3.19 per million British thermal units, posting a 14.3% drop for the quarter.