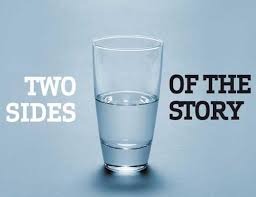 An education bill that attracted national attention and opposition from environmentalists and science groups was passed Thursday out of an Oklahoma House committee and sent to the full House.

SB 393 is one that opponents contend will remove local control of what is taught in classrooms, especially science classes where politics could enter a discussion on topics such as climate change.

Tulsa Rep. David Brumbaugh argued “nothing is settled when it comes to science” and said opposition by environmentalists was “specious at best.”

The General Government Oversight and Accountability Committee voted 4-3 after hearing from some parents and professors who opposed the measure.

One woman with Oklahomans in Excellence in Scientific Education claims the bill would take away local control.

Another complained of the “loss of local control.”

But nationally, groups lined up to fight it.

“The targets of these bills, explicitly or implicitly, are usually evoluton and/or climate change,” said Glenn Branch, the deputy director of the National Center for Science Education in an interview with E and E News.

While Rep. Brumbaugh carried the bill in committee, a co-author is Sen. Josh Brecheen who has been quoted as describing the bill as a measure to assist teachers in helping students.

Listen to some of the Thursday morning debate.