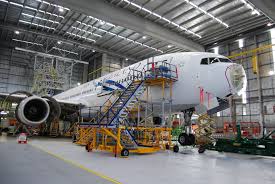 On a 69-18 vote on Monday, the House approved SB 120. Rep. Scott Fetgatter, R-Okmulgee said his measure would extend the credit from 4 to 8 years.

The estimated cost is $7 million annually to the state.

“This is one of four bills highly recommended by the Incentive Commission that we continue,” explained Fetgatter. “This will allow aerospace the opportunity to forecast what they are going to do in Oklahoma which will hopefully attract more business for the state.”

He said he asked to sponsor the bill because it’s an effort to diversify the state’s economy. Fetgatter noted that the typical aeronautical engineer in the state makes $80,000 a year and the salaries have caused an increase in enrollment in engineering programs at the state’s universities.

But Stillwater Rep. Cory Williams raised the question of making promises such as those made to the wind industry.

“You think it’s important that once we do things like this…..and give companies our word on large part that we want them to have stability and planning, that we not go back in a year or two years later and pull it back?”

“I believe that as long as companies receive a promise from us and that promise is working for the state and the company, that we should keep our word, yes,” answered Rep. Fetgatter.

There were questions raised during Monday’s vote, but no debate was held. Eighteen Representatives voted against the measure but 69 were for it. The bill was returned to the Senate where it was approved March 15 on a vote of 32-10.

Listen to the exchange.