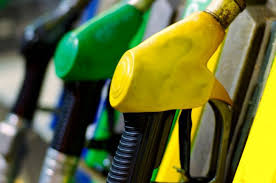 Gasoline prices rose several cents a gallon in the past week in Oklahoma, resulting in a statewide average of $2.10 a gallon, still low enough to rank in the top ten lowest states in the country, according to Oklahoma AAA. The new average is three cents lower in the past month.

The organization reports gasoline prices vary from $1.96 in Wagoner up to $2.25 a gallon Purcell.

The national average is $2.33, a penny higher than a month ago. South Carolina has the cheapest gasoline in the country with an average of $2.04 a gallon followed by Tennessee and Mississippi at $2.08, Alabama at $2.09 and Oklahoma and Arkansas at $2.10.

AAA indicated gasoline prices are on the move nationally with price increases six of the last seven days. Experts say it’s possible the trend might continue as refinery maintenance wraps up and more expensive summer-blend gasoline is available.