Pruitt Gets Advice at EPA……..Inhofe’s Frustrated Over Lack of Help for Pruitt 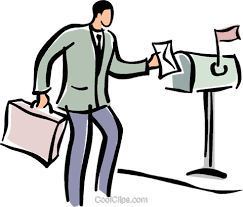 What Politico’s Morning Energy Report is saying about two Oklahomans.

“A retiring veteran climate change specialist has sent EPA Administrator Scott Pruitt a letter warning him of a sea change in agency morale and suggesting he needs to provide better reasons for changing course on policy if he wants the support of the agency’s rank-and-file, Pro’s Alex Guillén reports . “One of the main purposes of my letter was to really get across to Administrator Pruitt that for him to be successful … the career staff have to really be a part of that whole thing,” Michael Cox told Alex in an interview. Cox also said agency staff were “frankly insulted” by President Donald Trump traveling to the agency to sign an executive order last week rolling back much of EPA’s climate change work. “It was beyond comprehension that an administration could be so arrogant and callous,” his letter said.

Inhofe ‘frustrated’: Meanwhile, former Senate Environment and Public Works Chairman Jim Inhofe told ME he was increasingly frustrated by the slow pace of nominating staff to support Pruitt’s efforts. “It’s not shaping out as well as it should,” he said. “They’re not there yet where they can be very productive.” Inhofe said he had not put forward any suggestions of who should get selected for a variety of political positions at the agency.”