North Dakota Legislators Back Away from Wind vs. Coal Study 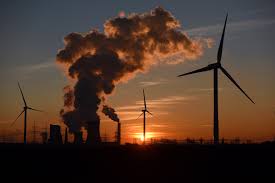 While the Oklahoma legislature’s moving ahead with reducing tax credits for the wind industry, North Dakota state legislators have decided to kill a long-term energy study that pitted the wind-energy industry against the coal industry.

The North Dakota State House voted this week against such a study as proposed in the State Senate.

Those behind the bill felt the wind industry was threatening the state’s coal-fired power plants. They also contended the wind industry enjoyed favorable tax incentives and less restrictive regulations than those imposed on coal factories.

The supporters of the study claimed coal was far more reliable than wind. But opponents argued that picking one energy project over another sends a bad message to industry and investors.