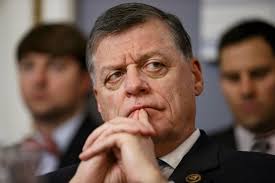 “Pro’s Budget and Appropriations Brief caught up with senior appropriator, Rep. Tom Cole, who said senior Republican leaders haven’t decided which chamber will move a government funding bill first, though he prefers the Senate. Some lawmakers are speculating about the need for a one- or two-week stopgap, but Cole says Republicans should still try to avoid that outcome. “I don’t want a week or two stretching into two or three or four months and then, well, we just finished CR-ing the whole thing,” he said. In case anyone’s forgot, lawmakers have just one week to prevent a government shutdown when they return from recess next week.”