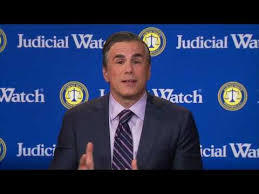 If it’s not a letter from Democratic Senators making demands, EPA administrator Scott Pruitt’s latest concern is a lawsuit filed by the watchdog group Judicial Watch. But it’s one that could be considered friendly for the former Oklahoma Attorney General.

It’s filed suit in an effort to obtain communications records of those EPA officials who might have used a cell phone message encryption app to “thwart government oversight.”

The app is called “Signal” and Judicial Watch, in the lawsuit filed in the U.S. District Court for the District of Columbia, wants to know who at EPA might have used it from Feb. 3 2016 to the present. The list of those named include the Administrator or the acting administrator, Deputy Administrator, five Assistant Administrators and the Chief Financial Officer.

As Judicial Watch President Tom Fitton explained in the announcement of the lawsuit, the use of Signal by EPA officials was reported Feb. 2, 2017 in a Politico article entitled “Federal workers turn to encryption to thwart Trump.” The article explained how EPA employees began communicating incognito using the app Signal shortly after Trump’s inauguration.

“This new lawsuit could expose how the anti-Trump ‘deep state’ embedded in EPA is working to undermine the rule of law,” said Fitton. “Let’s hope the Trump administration enforces FOIA and turns over these records.”

He called it disturbing to see how career civil servants were using high-tech blocking devices to circumvent the Federal Records Act and the Freedom of Information Act, especially given “EPA’s checkered history on records retention and transparency.”