HilCorp Anxious to Explore after $3 billion Purchase from ConocoPhillips 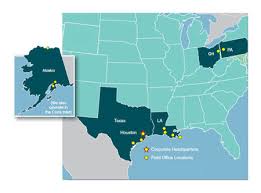 HilCorp Energy Co., a firm founded in 1989 by billionaire oilman Jeffrey Hildebrand made the deal that gives it a new position in the San Juan Basin. The Basin stretches from New Mexico’s northwestern border into Colorado.

Chief Development officer Jason Rebrook says the purchase “fits the profile of the established, convention assets Hilcorp typically aims to secure and enhance.” He also said it’s a targeted area where the company believes energy resources would otherwise be lost.

What’s also intriguing about the purchase is that Hilcorp is known for its old-fashioned drilling methods. While competitors poured billions into unconventional oil and gas shale plays requiring hydraulic fracturing, Hilcorp hasn’t.

Hilcorp is considered to be one of the largest privately-held oil and natural gas exploration and production companies in the nation. It is the largest oil producer in Louisiana. The company has more than 1,450 employees.