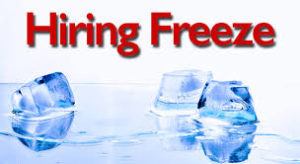 As Scott Pruitt pushes ahead at the Environmental Protection Agency, he’s doing it with more than 350 unfilled positions.  And the list includes more than 100 scientists who specialize in environmental science, life science and physical science.

The list was revealed in a Freedom of Information Act request made by the Sierra Club and reviewed by CNN.  The lack of hiring is the result of the Trump administration’s hiring freeze which also affected another 140 people internally chosen for jobs or offered jobs but could not be finalized before the implementation of the freeze.

The freeze was the result of the President’s executive order made back in January but was lifted in recent days. And it concerns John Coequyt, the Sierra Club’s Global Climate Policy Director.

“That’s about one-third of the total number of positions hiring was frozen for, so we are seeing high skilled people being held up from working at the agency.”

He says many of the empty positions are crucial to understanding climate change.

“Every decision by the agency—from permit approvals to regulations—must be supported by extensive research,” said Coequyt who believes the true number of EPA jobs held back by the administration might be far more than the 351 reported.