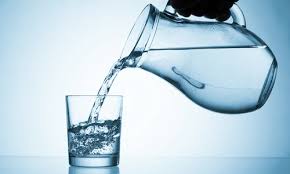 An environmental group that claimed in a study it had discovered a “major weakness” in the way Oklahoma protects drinking water from oil and gas wells had been told by state officials their study was based on out-dated data.

Matt Skinner, a spokesman for the Oklahoma Corporation Commission explained to OK Energy Today commission officials had met recently with representatives of Clean Water Action and told them the study was wrong.

“It was based on outdated files we had posted earlier on the Corporation Commission website,” said Skinner. “We told them their study was based on old data but they went head and released their study anyway apparently.”

No apparently about it. The group released the study this week, attacking the Corporation Commission and accusing it of failing to adequately protect drinking water sources in Oklahoma. The study claimed oil and gas injection wells had been improperly permitted under the Safe Drinking Water Act Underground Injection Control Program.

The report said it was a “major weakness” in the way the Commission protects sources of drinking water. But as Skinner explained, changes have been made and the only reason the outdated file still exists on the website is because it contains other information  that can be useful to users.

Knowing the study was flawed, Clean Water Action still went ahead with critical comments in its release.

“It’s disturbing that the OCC may have permitted oil and gas wells to inject directly into potential drinking water sources, and that the agency can’t accurately point to where the drinking water is located,” said John Noel, lead author of the report. “That’s fundamentalto the OCC’s job—it is the agency that is supposed to protect Oklahomans’ drinking water from the impacts of oil and gas activities.”

The flawed study still presented an opportunity for critics of the Corporation Commission.

“It’s no surprise that the Corporation Commission may be failing to protect our water resources from oil and gas injection wells,” said Earl Hatley, Grand Riverkeeper and Stop Fracking Payne County, OK. “The OCC has a long history of doing the oil and gas industry’s bidding at the expense of the public good.”

Clean Water Action also used the report to  criticize the EPA under the control of former Oklahoma Attorney General Scott Pruitt. It’s also being used by Native American critics who are concerned over earthquakes caused by wastewater injection wells.

“As a member of the Ponca Nation of Oklahoma, I am concerned about the water table here in northern Oklahoma. The OCC has created formula for disaster when it comes to water safety and I have seen the devastating impacts on our environment,” she said. “We have to have responsible, sound judgment in choosing how water, our precious commodity, is used. Our future generations depend on it. Water is life.”