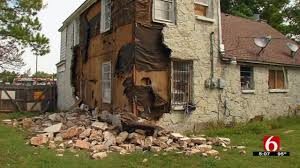 Another earthquake lawsuit blaming two oil and gas companies for earthquakes in the state has been tossed out of a federal court in Oklahoma and remanded to a District court.

Tulsa U.S. District Judge Claire V. Egan issued the ruling in support of a motion by attorneys for James Adams of Pawnee County. He sued Cummings Oil Company and Eagle Road Oil LLC in December 2016, blaming them for earthquakes in the region.

The judge said Oklahoma federal district court did not have jurisdiction over the case since some of the proposed class members did not include those who live on tribal or federal lands.

When the suit was filed in Pawnee County district court and mentioned tribal lands, Cummings Oil had the case referred to federal court in Tulsa. In her ruling, Judge Egan said Cummings “assumed that the plaintiff intended to define “tribal land” as only lands owned by an Indian tribe. This assumption is not supported by the plain language of plaintiff’s petition and is refuted by plaintiff.”

“This means that federal law governing lands held by Indians in trust or restricted status will not be applicable to the claims of any potential class member and there is no substantial issue of federal law that would support removal of this case to federal court,” stated the Judge.

The judge said her court lacks federal question jurisdiction over the case. So, it’s back to Pawnee county district court.

It will be there that attorneys for Adams will argue the wastewater pumped into wells around Pawnee triggered the massive earthquake as well as aftershocks. It’s the claim they made in the original class-action lawsuit that named Eagle Road Oil of Tulsa and Cummings Oil Company of Oklahoma City and 25 other unnamed companies.