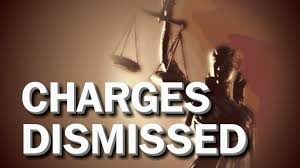 The Bismarck Tribune says the 33 misdemeanor cases were dropped by judges and prosecutors and another 14 were handled through guilty pleas. The majority of the cases involving criminal trespass charges.

In some of the cases, Judge Allan Schmalenberger ruled against prosecutors, stating the Morton County State’s attorney had failed to meet the burden of proving the protesters were given proper notice they were on private land.

One of those cleared of the charges was Rebecca Kemble, a city council member frmo Madison, Wisconsin. She was acting as a legal observer Oct. 10 but was arrested and charged with criminal trespass, engaging in a riot, resisting arrest and tampering with evidence.

One who pleaded guilty was actress Shailene Woodley, start of the “Divergent” films. Her plea deal on a disorderly conduct charged called for no jail time.