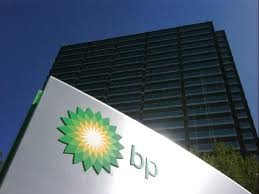 London-based petroleum giant, BP, may sell its stake in a joint venture asset operated by Devon Energy Corporation as it seeks to divest three Canadian projects, according to a Reuters report issued on Thursday.

The company is focused on eliminating non-core assets in order to direct capital back into targeted play areas generating greater returns such as the Permian Basin in Texas.

Oklahoma City-based Devon Energy Corporation currently has a 100% working interest in the Jackfish properties located in northeastern Alberta. Devon and BP each own a 50% stake in the undeveloped Pike leases, an area adjacent to Devon’s Jackfish complex.

BP’s 50% stake in the Sunrise project near Fort McMurray is the most valuable of the three Alberta assets. Canadian natural gas operator, Husky Energy, owns the other 50% of the Sunrise project. The third asset is the Terre de Grace oil sands pilot project, where BP is majority-owner.