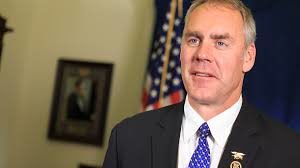 Former Navy Seal Ryan Zinke, a congressman from Montana was confirmed by the U.S. Senate on Wednesday to be Interior Secretary. It’s the same job Gov. Mary Fallin was interviewed for by President Trump. But she apparently didn’t pass the job interview.

The Interior Department manages one-fifth of the nation’s land.  Oklahoma has daily contact with one of its agencies, the Bureau of Indian Affairs. The agency also oversees national parks, wildlife refuges, major Western hydropower dams and tribal lands.

“Zinke is really bad, but given the horrific standard that Trump has established so far, he’s actually a little better than the rest of them,” responded Kieran Suckling, executive director of the Center for Biological Diversity.

Zinke’s agency also has the job of implementing the Endangered Species Act, something that some Republicans want to reform this session. The department is also home to the U.S. Geological Survey which has been active in Oklahoma in light of the earthquake crisis linked to the oil and gas industry.