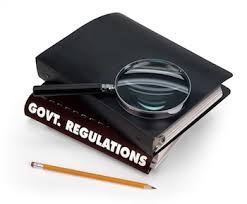 The Trump administration has notified the U.S. 10th Circuit Court of Appeals in Denver it intends to scrap the Obama administration fracking rules aimed at oil and gas operations on federal lands.

At the same time, the government asked the court to delay next week’s scheduled oral arguments in the case that arose last year. The filing made Wednesday stated the government now intends to rescind the controversial regulation. The Interior Department will now begin a rulemaking process within 90 days to eventually eliminate the regulation. The process falls in line with President Trump’s January executive order to streamline the regulatory process.

The filing prompted an attorney for environmental groups in the case to call it purely partisan.

“This is a political decision intended to circumvent the rule of law and deliver a gift to the oil and gas industry at the expense of public safety,” argued Earthjustice attorney Mike Freeman.

“What the Trump administration wants is to go back to using outdated 30-year old regulations that BLM itself recognizes failed to address threats to public health from modern fracking,” he told E and E News.

“To have all that work wiped away is certainly disappointing, but it’s not the amount of work that’s the issue,” said David Hayes, former Deputy Secretary at Interior. “It’s the principle here.”

He called it a disturbing development because the fundamental responsibility of the federal government as a steward of the public lands is at issue.

Lauren Pagel, a policy director of Earthworks said the move shows the administration’s plan “prioritizes billionaires and big business over the public interest.”