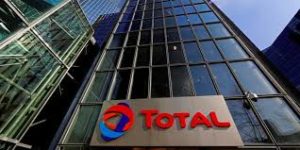 The French energy company Total announced this week plans to invest $1.7 billion in energy projects in Texas. The company plans to partner with chemical companies Borealis and Nova to build two new units on the U.S. Gulf Coast.

Company leaders admit they’re trying to take advantage of cheap shale gas in the U.S. and because of President Trump’s support for the energy industry.

The $1.7 billion will be Total’s largest-ever investment in petrochemicals. One of the projects will be an ethane steam cracker in Port Arthur, Texas. The cracker would convert natural gas into chemicals to be used in the manufacture of plastics and other materials.

The other is a new polyethylene plant in Bayport, Texas. The cost is still being worked out but Total plans to pay for the initial $1.7 billion in building the first plant.

“We want to take advantage of the business-friendly environment” to boost Total’s 60-year presence in the U.S., CEO Patrick Pouyanne said in a statement.

Pinatel told The Associated Press that the French company is not scared away by Trump’s “America first” policies, and instead was encouraged by an “American administration favorable to everything that touches the energy sector.”

Total SA employs 6,000 people in the U.S. in the oil, gas and solar activities.