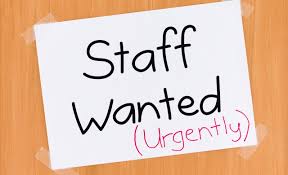 Faced with a short staff because the U.S. Senate has not confirmed some of them, EPA Director Scott Pruitt’s been forced to delay by two months the effective dates of five final rules issued in the last days of the Obama administration.

If the former Oklahoma Attorney General thought he would hit the ground running, he’s no doubt had to reconsider and give thought to hitting the ground walking.

The rules focus on air quality modeling, civil enforcement and other issues. They were to have taken effect last month but were blocked by President Trump’s blanket two-month regulatory freeze issued Jan. 20. The free was set to end March 21 but Pruitt reset the effective days for the five regulations until May 22.

A notice in the Federal Register indicated it was due to the slow confirmation process of Pruitt and the lack of any other Senate-approved officials at his agency. It is not known when he will get the help he needs. More than a dozen positions to be filled at the EPA require Senate confirmation including deputy administrator, assistant administrator for the Office of Air and Radiation and assistant administrator for the Office of Enforcement and Compliance Assurance.

A check at the Congress.gov website showed no one had been nominated as of Monday by President Trump for those positions.