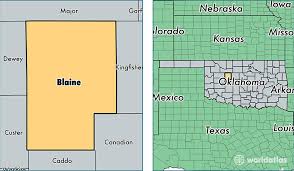 The latest big well to be discovered in Oklahoma’s STACK is producing nearly 1,100 barrels of oil a day in Blaine County. Oklahoma City-based Devon Energy Production Company’s completion report filed with the state showed the Chisholm Trail well located mid-way between Kingfisher and Watonga is producing 1,062 barrels a day along with 2,996 Mcf of gas.

The well is located along state highway 33 across from the Chisholm Trail Technology Center. Its spud date was in October of last year and drilling ended Nov. 1, 2016. Completion was recorded at Feb. 23, 2017.

The STACK is also producing six more wells in Kingfisher county according to the reports published by OK Energy Today.

None compared to the Devon Energy well. One was filed by Houston-based Newfield Exploration Mid-con Inc. and five were filed by Oklahoma Energy Acquisitions LP. Oklahoma Energy is a subsidiary of Alta Mesa Holdings, LP based in Houston.