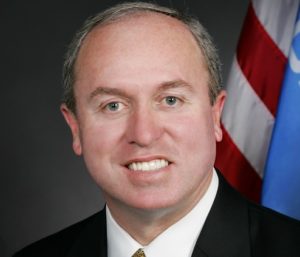 Just because the legislature appears intent on wiping out tax credits for the wind industry doesn’t mean legislators are totally against the industry. In recent days, the Oklahoma Senate voted 36-8 in support of Senate Bill 593 by Senate President Pro Tempore Mike Schulz of Altus and House Speaker Charles Mccall.

The bill strips the right of landowners from filing what’s referred to as a “shamport” claim. Current law (Oklahoma Wind Energy Development act of 2011) allows a landowner to file a claim with the FAA for possible construction of an aircraft landing strip on their land. The filing of such a claim would stop construction of any nearby wind farm.

“We’re selling our souls,” he argued during debate on the issue. “How much longer are we going to duck our heads. We must stop giving in to the special interests.”

The measure is in the State House.

Listen to part of Sen. Quinn’s arguments against the bill.