CNG Workshop to be Held in OKC 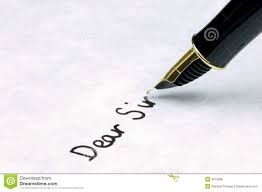 EPA Administrator Scott Pruitt not only has to deal with a staff shortage at his agency, but Democrats in the U.S. Senate are still hammering him over his confirmation hearing answers.

Democrats on the Senate Environment and Public Works Committee mailed Pruitt a letter asking him to commit to making transparency at the EPA a priority under his leadership. But they also want him to correct the record on how he used personal email in carrying out business when he was Attorney General in Oklahoma.

“Recent reporting and long-delayed disclosure of emails and documents from your time as the Oklahoma Attorney General show that you were not fully forthcoming and truthful with the Committee in advance of your confirmation,” wrote the Senators. “As members of the Environment and Public Works Committee, we respectfully request that you provide clarification by answering several questions and make specific commitments to promote transparency and accountability at the EPA as preceding Administrators have done before you.”

They made five specific requests including the correction of the record, complying with EPA policy regarding the use of personal email addresses, the release of his calendar at the end of each month, address concerns about secrecy associated with transition and other political appointees and commit to transparency and timely review of Freedom of Information Act requests.