Clean Power Plan to Bite the Dust at the White House 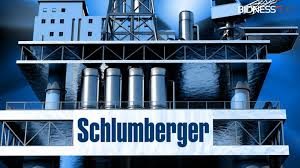 A new oilfield service company is being formed as a result of a joint venture between Schlumberger Ltd. and Weatherford International PLC. The two companies plan to provide completions products and services, targeting unconventional resource plays in North America.

Executives of the two firms expect to close the agreement in the second half of 2017. They plan to call the joint venture OneStim. Schlumberger will own 70 percent of the firm while the remaining 30 percent will be owned by Weatherford. Schlumber will also make a one-time cash payment of $535 million to Weatherford and manage OneStim.

For Weatherford, it could be a saving grace as the company was hit hard in the energy downturn and suspended its U.S. land pressure pumping business in the fourth quarter. Just last month, the company indicated it planned to monetize that business arm by either consolidation or sale.

It’s the second such joint venture for Weatherford in the past few months. A few weeks ago, Weatherford and Nabors Industries Ltd announced a partnership to provide land drilling services in the lower 48 states.

All three companies have operations based in central Oklahoma.